Our office opens regular office hours during COVID-19 Emergency.
Any Unexpected Injury, Illness, or Death
may be a Sign of Neglect
Contact Us Now For a Free Consultation
Home
Attorney Profiles
Lukas I. Pick 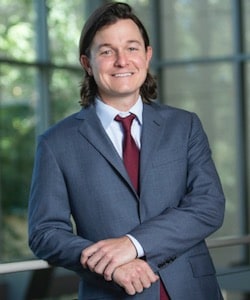 Luke Pick began his legal career representing doctors in cases of medical malpractice. That insider knowledge of how medical cases are defended was invaluable when, 10 years ago, he transitioned to representing the victims of malpractice in nursing home cases. Mr. Pick is well-known throughout the state for his aggressive advocacy on behalf of individuals who have been injured or killed while under professional custodial care.

Mr. Pick has also been recognized for his legal skills. In addition to being selected as a "Super Lawyer" for his skill and reputation, he was also recognized as the "Best of the Bar" in the San Diego Business Journal.

In addition to those accolades, Mr. Pick is a member of the Consumer Attorneys of California, the California Advocates for Nursing Home Reform, and the National Consumer Voice for Quality Long-Term Care.

San Diego Best of the Bar