Our office opens regular office hours during COVID-19 Emergency.
Any Unexpected Injury, Illness, or Death
may be a Sign of Neglect
Contact Us Now For a Free Consultation
Home
Attorney Profiles
Randall R. Walton 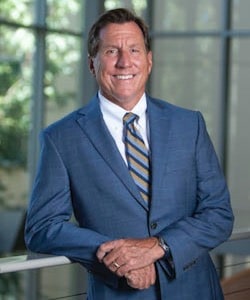 Randy Walton is a Southern California native, and takes cases in all Southern California counties. For more than 20 years he has represented individuals and families who have been victimize by abuse or neglect in the nursing home and assisted living setting. Mr. Walton believes strongly that seniors and dependent adults harmed by the negligence or reckless of others deserve justice for their injuries. As a result, he has collected millions of dollars for elder abuse victims and wrongful death heirs.

Mr. Walton has received the AV Preeminent rating from Martindale-Hubbell, one of America's oldest lawyer rating services, which recognizes lawyers for their legal ability and strong ethical standards. He has been selected for inclusion into the annual "Super Lawyers" magazine for seven consecutive years, and also recognized as a "Top Lawyer" in San Diego Magazine. He maintains a 10 rating in the Avvo legal directory.

Mr. Walton is a longstanding member of the Consumer Attorneys of California, as well as the California Advocates for Nursing Home Reform. He is also member of the National Consumer Voice for Quality Long-Term Care.